Leading The Way to a better tomorrow 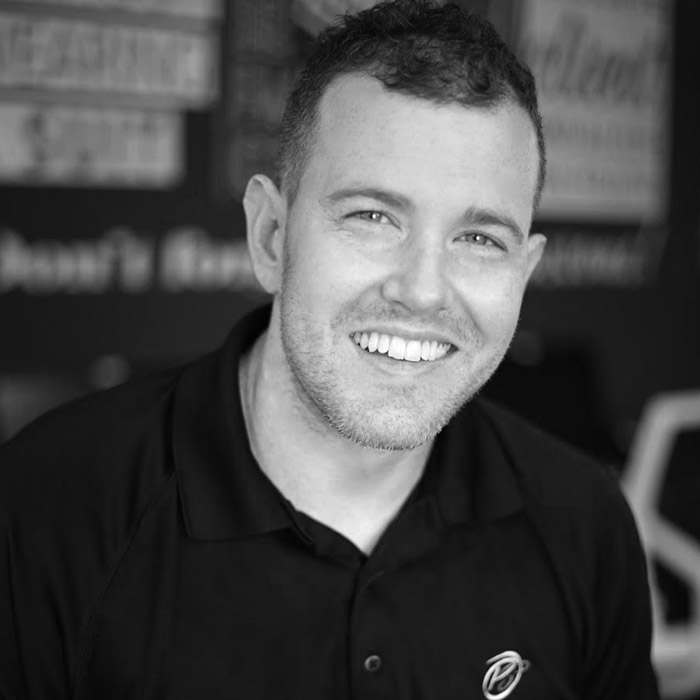 Eric is the President and Founder of Pearson Smith Realty.  He was born in Ashburn, Virginia, and graduated from The University of Mary Washington in Fredericksburg, Virginia where he was the captain of the varsity Basketball team. Currently, he’s a member of the Loudoun County Special Olympics Council. And in his spare time, you’ll find him chasing after his son, Royce, still attempting to play basketball, and spending time with his family and friends. 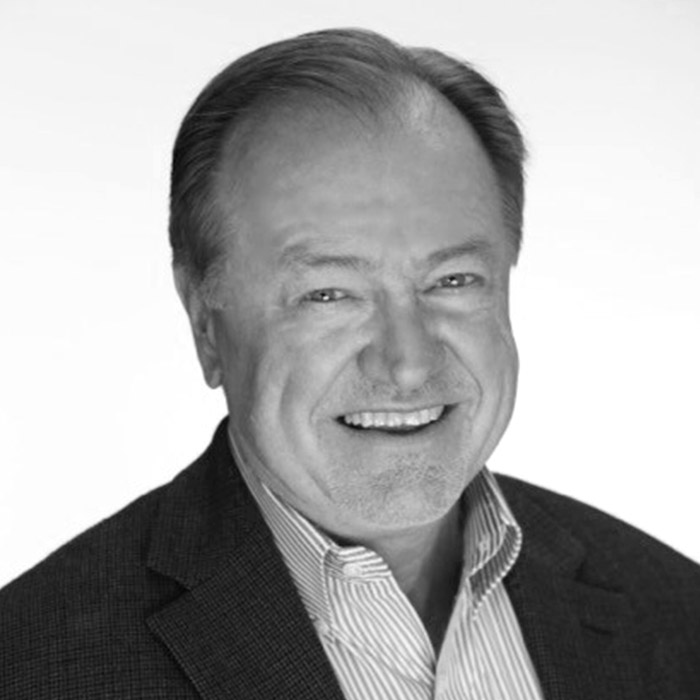 Chuck is the CFO and a Co-Founder of Pearson Smith Realty. He is a native of Loudoun County and received his B. S. in Commerce with a concentration in Accounting from the University of Virginia. Following graduation he joined Arthur Andersen LLP where he worked as a CPA, eventually rising to take on duties as a senior member of financial management of what was at the time one of the largest professional service firms in the world. After completing 26 years at Arthur Andersen, he then joined a local not-for-profit where he served as its CFO and member of executive management. He next joined MorganFranklin Consulting in Tysons Corner, a mid-sized financial consulting firm where he served as the Chief Administrative Officer. Chuck left MorganFranklin in 2015 to assist his nephew Eric Pearson in forming Pearson Smith Realty. As the CFO of Pearson Smith Realty, he is responsible for all accounting activities and financial management duties. Chuck is married with 4 grown children and a growing crew of grandchildren. In his spare time he enjoys bicycling and playing music. 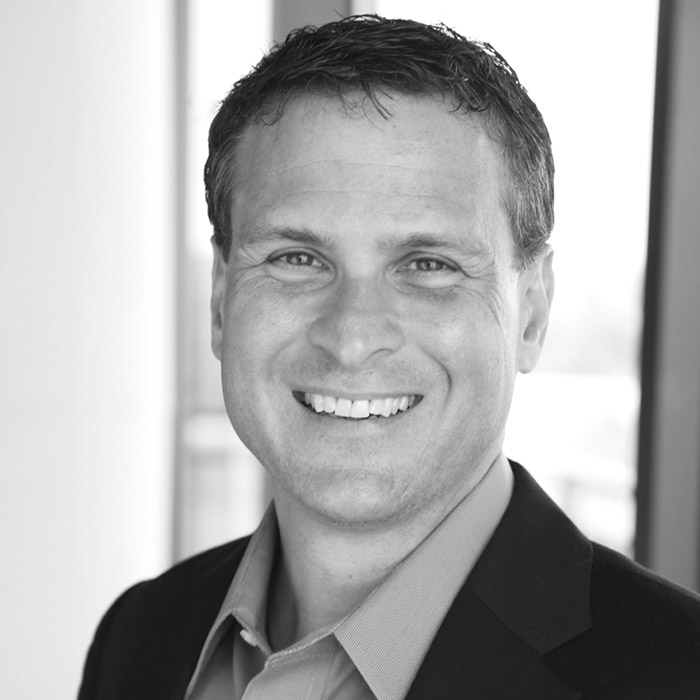 Chris is our Principal Broker in Virginia, Maryland, The District of Columbia and West Virginia. He began his real estate career in 1988 in residential sales and marketing. Over the years his roles have included V.P. of Sales and Marketing in the home building industry, management, land acquisition and development. He is active in many local and state Realtor associations serving on numerous committees and advisory panels. Chris is a native to the DC Metro Area and currently resides in Loudoun County with his wife and three kids. 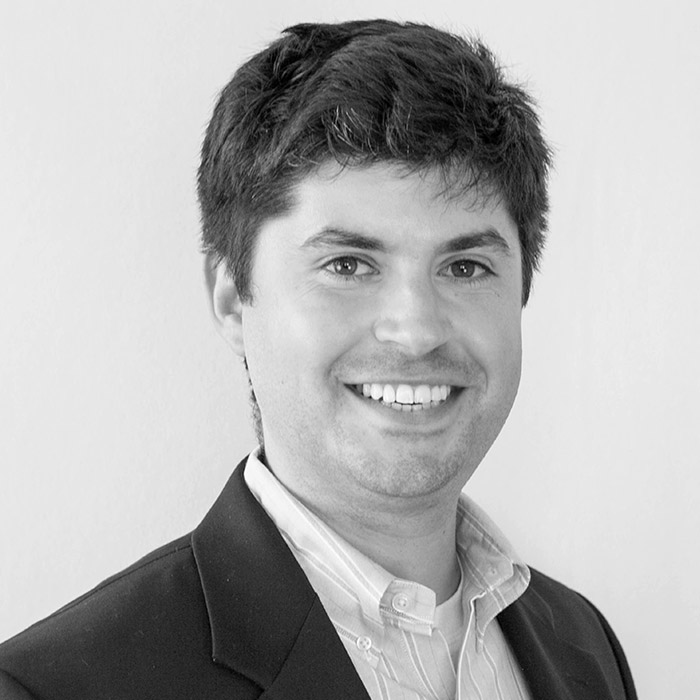 Mike Snow has degrees in both Management and Marketing and lived in California and New York before moving to Virginia in 1998. Prior to practicing real estate, Mike gained experience in the aerospace and defense industry as a program manager. Many of the skills Mike learned in this role translate directly to what he does every day with his real estate clients. To be successful in either industry you must be knowledgeable in your field, responsive to your clients and coworkers, and ensure the processes are being followed at all times. Mike has been practicing real estate since 2011 and is licensed in both Virginia and the District of Columbia. He realizes that helping clients to sell, buy, or rent a home isn’t always an easy decision, but his strong communication skills, knowledge of the sales process and responsiveness helps ensure it’s a positive and fun experience. In Mike’s spare time he enjoys spending time with his wife, Laura, and two children, Charlie and Delaney. He is a DC sports fan and loves supporting our nation’s greatest teams! 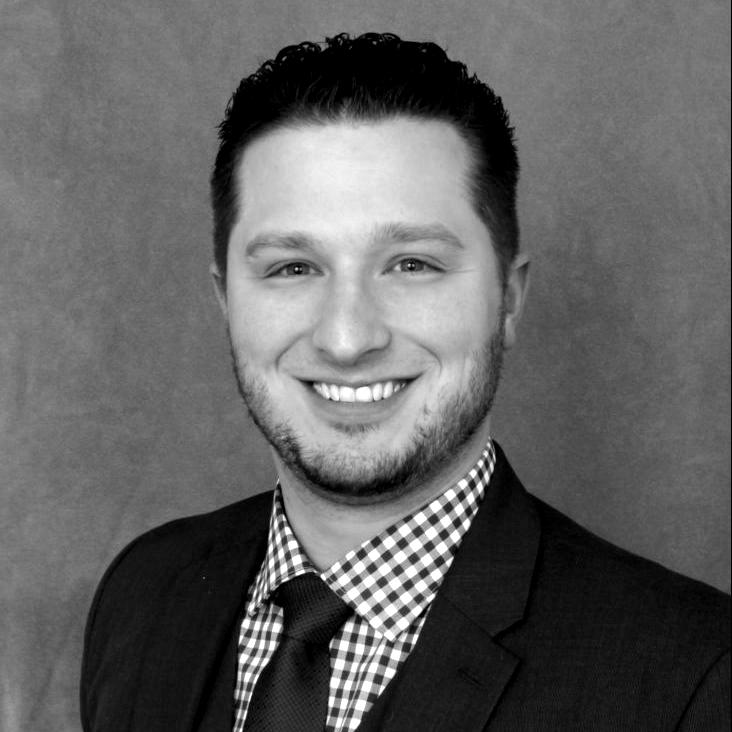 Richard Bridges began his career in the real estate industry directly following high school. After obtaining his license at 20 years old, he went on to become one of the youngest licensed real estate instructors in the state of Virginia. Being forced to learn how to sell real estate during the economic collapse of 2008 positioned Richard to survive a challenging market climate by honing his skills in marketing. At the age of 23 he earned his Brokers License and began to grow his own real estate team. The Bridges Team went on to earn top honors on both the local and national scenes. In 2014, Richard was selected as a top 50 finalist for The National Association of Realtor’s prestigious 30 Under 30 award. The following year, The Bridges Team assisted over 100 families with buying or selling a home in the DC Metro Area.  Richard was appointed the Managing Broker of the  Weichert Realtors Eastern Prince William office in January of 2016, which helped to cement his leadership reputation in Northern Virginia. Having the opportunity to be a sales leader to over 75 agents allowed him to lead his office to second in local market penetration for 2016. After spending more than 18 months with Weichert Realtors, Richard received an opportunity to join one of the fastest growing brokerages in Virginia, Pearson Smith Realty (PSR). He jumped at the chance and began working for PSR on August 24th 2017. He plans to manage their Fairfax Office location, once opened in early 2018.

Lastly, and most importantly; Richard Bridges is a husband and father to 4 beautiful children. His wife Ashley has been the most supportive person to Richard and has been instrumental in his life pursuits. Their four children are Ethan (12), Jack (11), Lily (10), and Emma (8). The family currently resides in Stafford, Virginia. Richard’s top priority in life is his family and he understands the challenges of achieving the often difficult work/life balance in real estate.” 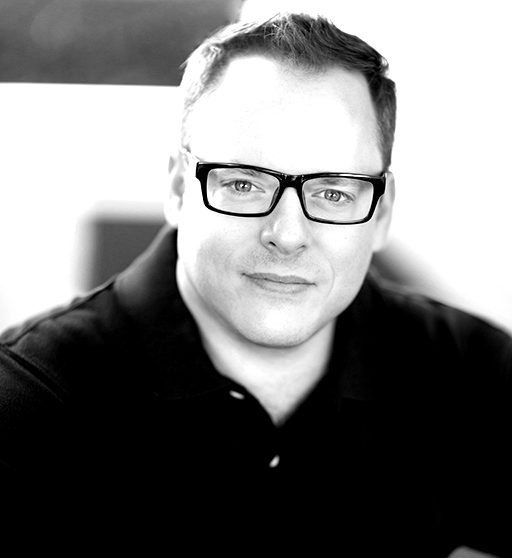 A native of Ohio, Scott relocated to Northern Virginia in 2012 after residing in New York City and Tampa, Florida. A former professional vocalist, Scott has performed around the world with various companies and venues including Lincoln Center (and tour), The Town Hall in New York, and Notre Dame Cathedral in Paris to name a few. Scott’s passion for the real estate industry led him to become a Realtor in 2013, joining the Pearson Smith Realty Brokerage in 2016. His dedication and care for his clients has garnered extremely satisfied Buyers and Sellers, and he is humbled by their glowing reviews. He is very proud to be a part of the Pearson Smith Leadership Team as a Managing Broker! Scott enjoys spending time with his family and friends, performing musically around the National Capital Region, and producing music in his studio. 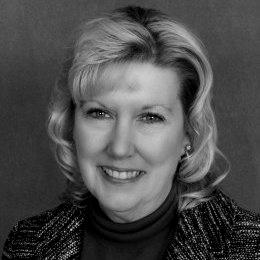 There is no agent that will work harder for you to assure that you get the best results. JoWilla has 20 years of real estate experience with 15 years in Loudoun County. Loudoun County is a diverse county with the Dulles area high tech corridor and home of Virginia’s Hunt Country. Now is a great time to buy in Loudoun County. Whether you have out grown your current home and need more space, are offered a transfer with the company you work for, become empty nesters and want to down size, build your dream home or buy an investment property JoWilla is the agent to call.With JoWilla’s vast knowledge of the Real Estate Market and Loudoun County, her experience and resources will ensure that you get the best sales price for your home. She will advertise your home in the local papers, the Loudoun Homebuyers Journal, and on various web sites. Her hard work, dedication and the kind of personal service that she provides will help you find your new dream home or investment property that you are looking for. She will even help you choose the right lender and settlement company for your individual situation. JoWilla will be there for you from start to finish.JoWilla takes pride in the relationships that she forms with her clients. She believes your buying and or selling experience should be an uncomplicated one, not to mention confidential and pleasant one. She also believes in helping to educate her clients to the changes and processes that will take place during the endeavor.JoWilla is a first class negotiator! With JoWilla on your side you are guaranteed to get the best price, terms, and conditions possible. Don’t delay – call or email her today, for your real estate consultation. You will be happy you did!Associate BrokerPast Broker/Office Manager 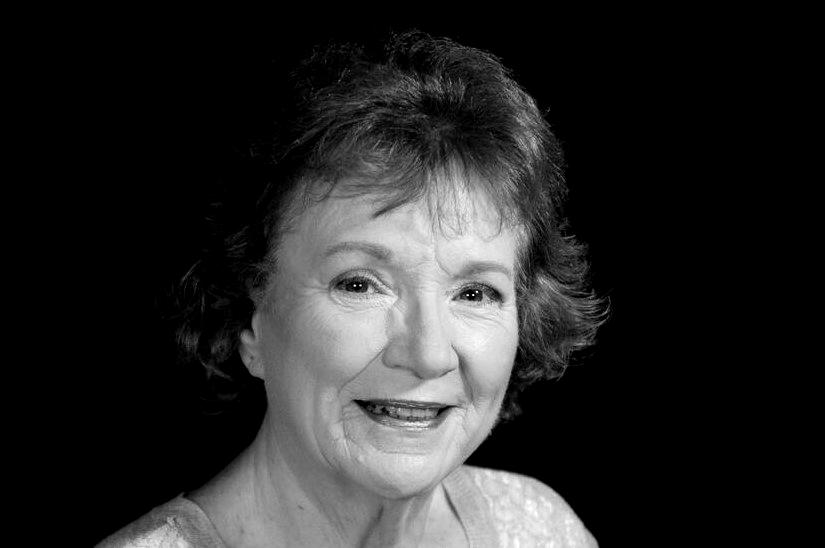 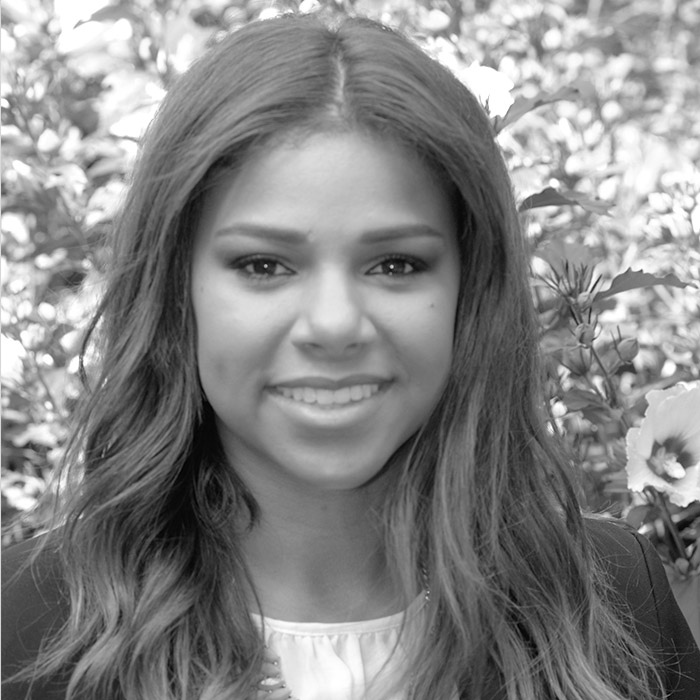 Janet was born in Arlington and has called Ashburn her home for the last 30 years. She graduated from Christopher Newport University in 2008 with a Bachelors of Science in Mathematics.  After graduation Janet worked for four years as an integration analyst for a large telecom company. Janet has been working with Eric since the start of The E4Realty Group and continues to support Pearson Smith Realty as it grows into the areas’ leading brokerage firm.  As a former collegiate softball player, Janet enjoys playing and watching sports when she is not chasing around her two young children. 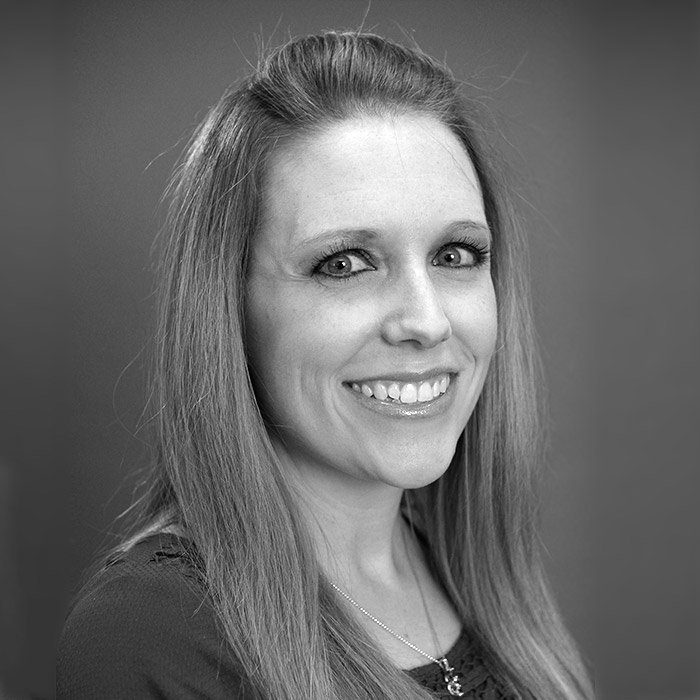 She graduated from James Madison University in 2005 with degrees in Political Science and Public Administration.  Lauren entered into real estate after spending nine years in government contracting supporting the Office of the Secretary Defense, Defense Intelligence Agency, and the Department of Homeland Security.  A lifelong resident of Loudoun County, she is eager to learn from all of the professionals in the office and is currently working towards obtaining her real estate license.  When not at Pearson Smith, Lauren spends her time trying to control her three very active boys with her husband, Kevin.

Join The Team
Search For A Home
Contact Us